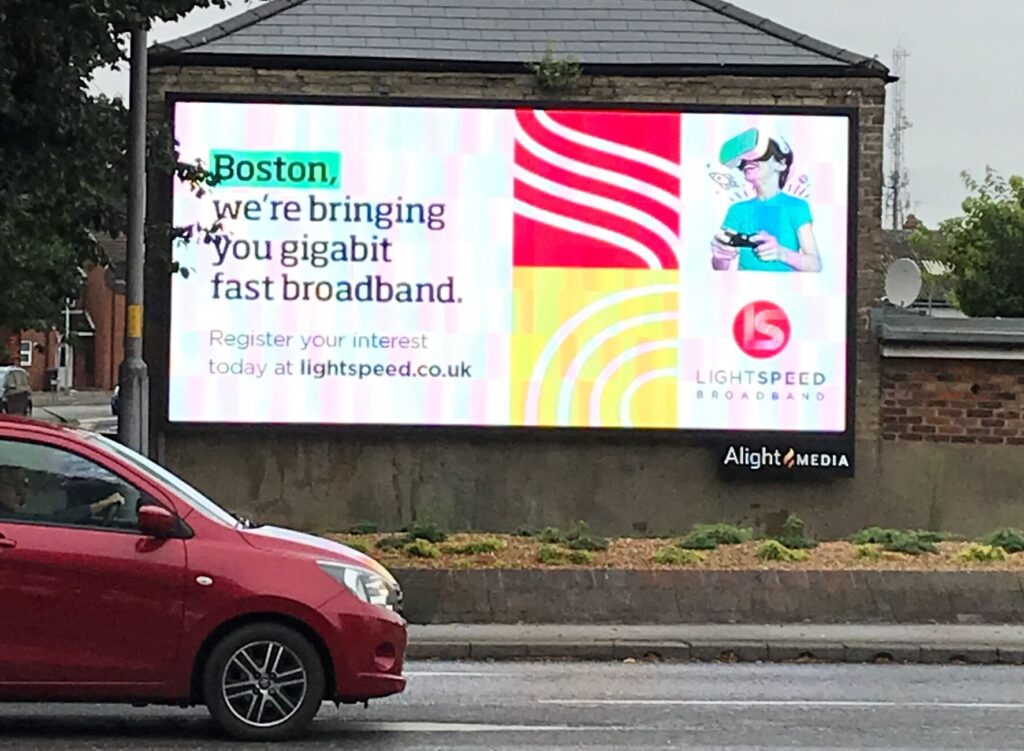 Lightspeed Broadband are an independent company based near Spalding. Their remit is to bring 1 gigabit per second ultrafast full fibre broadband into over 1 million homes in the East of England. 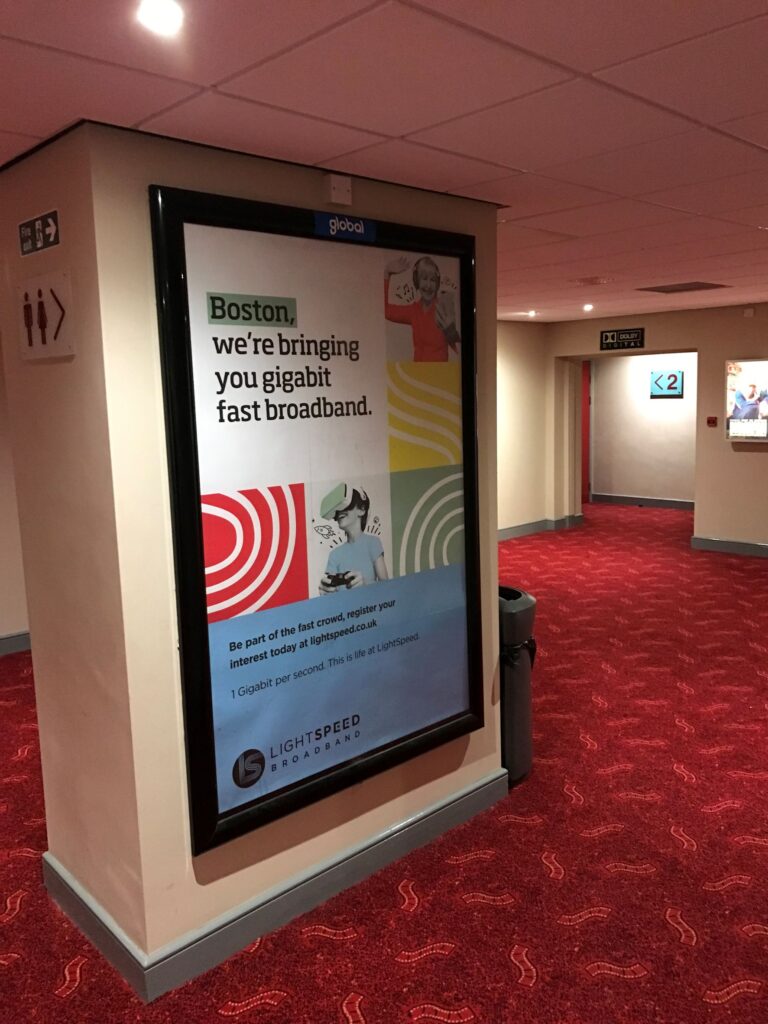 We were approached in June 2021 to discuss outdoor advertising, including digital opportunities in various towns across South Lincolnshire. This was to help support a new brand launch in Spalding, Boston, Kings Lynn and Stamford.

I discussed everything with with Helen Fletcher, the Marketing Planning and Acquisition Manager where she gave me an overview of what was required. The company had recently opened an office at Fulney Hall near Spalding in preparation of the launch of their brand in the area and had already started to push themselves locally. They wanted a selection of outdoor advertising opportunities to work alongside this existing promotion. The towns they wanted to concentrate on dictated what outdoor we could put forward. These included billboards, 6 sheets, phone kiosks, D6 screens in supermarkets and petrol pumps at petrol stations.

The campaign started in early August and will run until the end of 2021. 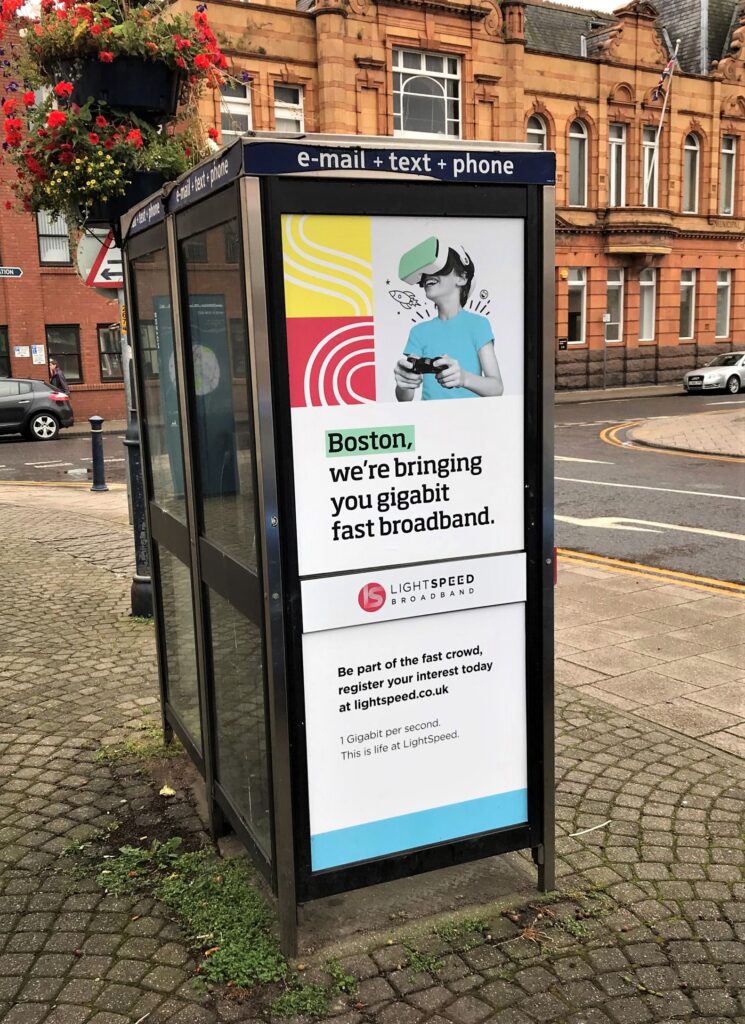 Once the campaign started I suggested they look at 2022 sooner rather than later. This was to ensure the number of options open to them and the availability was as good as possible. The client was happy to do this but wanted this plan to now included all the other towns they planned to start to build in during 2022. This took the number of towns from 4 to 20, all of which were across South Lincolnshire, Norfolk, Suffolk and Essex. During this planning stage, I found out that there were several dates available on billboards in target towns. These were Boston, Spalding and Kings Lynn. The dates were put to the client and were subsequently booked

The 2022 plan is now in place and ready to start in early January.

For details of the areas covered by Lightspeed Broadband visit www.lightspeed.co.uk

For details on all forms of Outdoor advertising get in touch