We were contacted by One Point Recruitment in April 2021 looking for details on both billboard and bus advertising in Grimsby to work alongside other things they had booked. They were looking to recruit a variety of workers for business in the Docks area of the town.

During the initial discussion with the client, we discussed the benefits of bus and billboards and how both would help them achieve their goals.

The plan was to advertise from July onwards so we looked at the availability of the media in this period. Although there is a reasonable amount of billboards in the Grimsby area, it became obvious we couldn’t get enough to run a consistent message for this period. This included for their preferred location at Riby Square. There were available dates, but they were ad hoc and not consistent enough to get an effective campaign. However, this was not the case with the bus advertising. We could get both Lower Rears and Streetliners throughout the Summer months.

We discussed the merits of both Lower Rears and Streetliners, but our recommendation was for them to run with Streetliners. The campaign was targeting operatives to work and we agreed that many of these may not be drivers but would be either passengers in vehicles or pedestrians.

We took photos of the campaign just after it started and encouraged the client to use them on all their social media posts to enhance visibility of their message. Within days of the campaign starting, a new company called them to help with their recruitment. 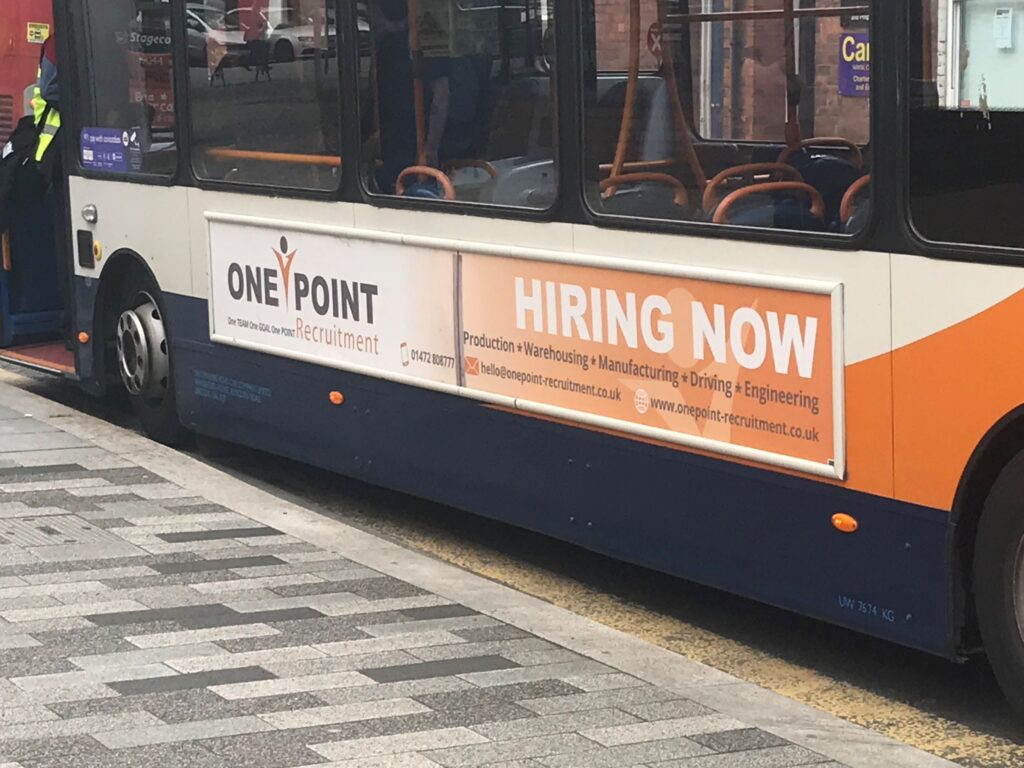