I work with Vision West Nottinghamshire College in Mansfield handling their radio advertising on Mansfield 103.2.

As with all clients, I talked to the Marketing Team about a complete media mix for their advertising. It was early Summer 2018 and they were just about to go into one of the most important periods of the year. The GCSE and A Level exam results were due out later in the Summer. The College’s main enrolment period was about to begin.

Using the billboards on Stockwell Gate in Mansfield would give them the local visibility other media campaigns couldn’t give.

Two billboards were each booked to run for a 4 week period. The first, promoting Higher Education at the College, started the last week in July. The other started 2 weeks later promoting Further Education.

The Higher Education message was part of Clearing and was timed to run around the A Level results being released.

The creative message used was extremely simple but highly visual. It showed a happy student in graduation gown and mortar with the message ‘Need a University place?……look no further…’

This was creative was used in other supporting media such as the local newspapers and magazines.

The Further Education message used a different creative approach. It was targeting students who were looking for their next step. Whether that was a specific course or an apprenticeship.

The two billboards ran across the Summer months giving the College the visibility it hadn’t previously experienced.  They the overall enrolment campaign was successful and billboards are now a part of their marketing strategy going forward into 2019 and beyond. 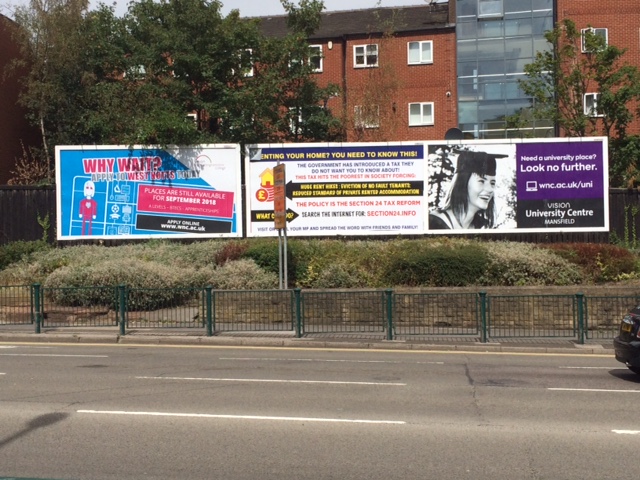