In between Christmas and New Year 2020, we received an enquiry from the Managing Director of BFS Accountants who are an independent Mansfield based accountants. They were looking for a billboard in Mansfield to help promote their services to businesses with regards the end of January tax returns. They had already secured some other local advertising and were looking for alternative options to run alongside this.

We put forward several different options including bus, billboard and local radio. The client had already used the local radio and wasn’t looking at that again at this moment in time. Also, with the timescale required for the message both the bus and standard billboard options were going to be difficult to turn around.

However, there are several digital billboards in Mansfield that we knew we could start a campaign on very quickly. With price being a key factor in the decisions, we put forward a brand new D48 operated by Alight Media that had just recently gone live on Ratcliffe Gate in the town. We had some favourable rates with Alight already secured and put forward both a 4 week and a 3 month option. The client decided to go with the 3 months. We booked a month to run in January to promote the tax return deadline, then the other 2 months were booked to run April and May 2021.

The campaign was agreed and booked quickly and we started the campaign in the first week of January. From initial enquiry to the campaign starting was just over a week!

We have subsequently talked to the client about another outdoor advertising campaign for Nottingham to help promote their brand new office in the City. Full proposals have been submitted and they are currently looking at all the options.

For details of billboard advertising in Mansfield and across Nottinghamshire, contact CG Advertising Ltd TODAY. 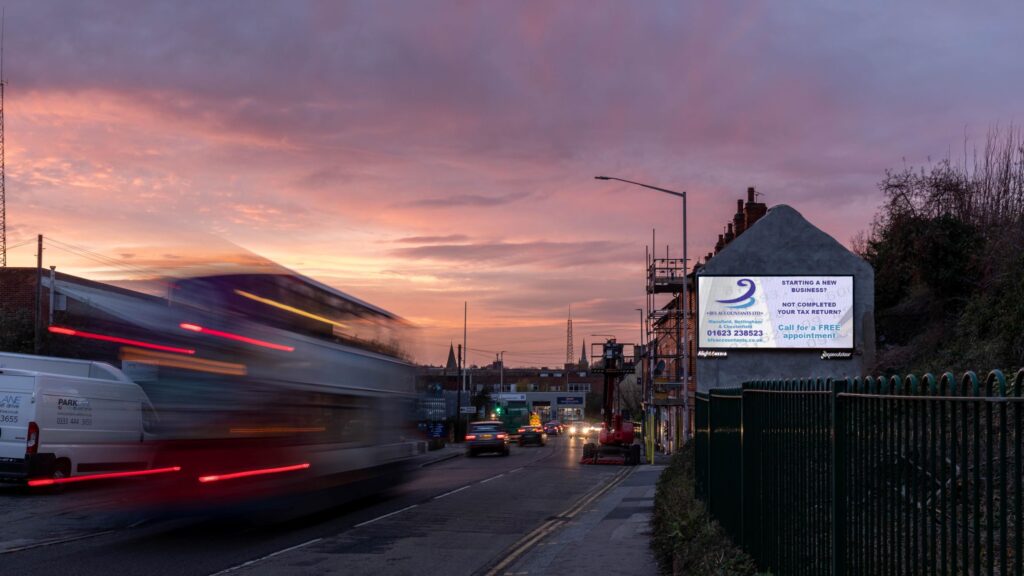