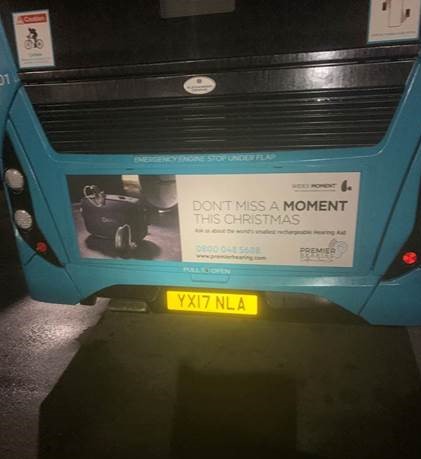 ‘Don’t miss a moment this Christmas’

Earlier this year we were contacted by the owner of Premier Hearing in Loughborough. The initial enquiry was to look at a radio campaign to help promote their brand new business located in Barrow upon Soar near Loughborough.

We discussed the objectives with the owner and agreed that including an Outdoor element to the proposal would enhance the radio campaign.

For the radio side, we looked at all the options open to the client in the East Midlands, but decided to go with Smooth FM as their audience was a much better fit for the company’s target market.

We decided to propose two different radio campaigns to give the client options in terms of impact and budget. The first was a medium-weighted option over an 8 week period. The idea with this was to give the company a big impact from day 1. Using a strong, time-sensitive message we could establish the company name very quickly amongst the listeners on Smooth Radio.

The second option was a light-weight campaign stretching over a 52 week period. This would have the same effect as option 1, but would take longer to do. We planned to still to have a strong message, but not to make it time-sensitive. Both options were presented to the client to go either on the Derby only transmitter or the Nottingham/Leicester transmitter. Our recommendation was the latter due to their location.

Both radio proposals were to run alongside a bus campaign we planned to come out of the Leicester Thurmaston depot.

As this was presented to the client, the national lockdown was in full force putting all decisions on hold. We kept in touch with each other and eventually the time was right to do something, but on a smaller scale initially.

We decided to go for a 6 week bus Lower Rear campaign running out of Thurmaston depot starting early November. The campaign consisted of 20 Lower Rear adverts using the message ‘don’t miss a moment this Christmas’.

The client was happy with this and we have agreed to re-look at the radio element again in 2021 when the economy has comeback to some sort of normality.

For more details on Premier Hearing (Loughborough) , go to www.premierhearing.co.uk

For details of billboard and bus advertising across the East Midlands, contact CG Advertising Ltd TODAY.