Rand Farm Park is located just off the A158 at Rand between Lincoln and Market Rasen in Lincolnshire. It is a long-established, family run child-focused farm with animals to feed, tractor and trailer rides aswell as indoor and outdoor play areas.

In January 2020, we were approached by the marketing team to discuss advertising options for the important Christmas period. They were looking at doing something different this year and wanted to discuss billboard advertising in Lincolnshire as an option. Although they have been regular advertisers over the years, this was the first time they had looked at billboards as part of the advertising mix.

They wanted to run a campaign in two parts.

The first was to run in mid-August and the second, and bigger element, was to run in November and December. We looked at the availability of Billboard Advertising in Lincolnshire at the times they were interested in and secured the dates that suited their requirements. We booked billboards just by the Pelham Road underpass near both the bus and train stations in Lincoln.

However, as with many businesses in 2020, the were effected by the COVID-19 pandemic. Their business totally relies on people visiting the farm and this was significantly hit over the Spring and early Summer months.  When the lockdown was eased they set the farm up to be able to take visitors in the safe and socially-distanced way. However, this still meant the numbers were dramatically reduced in comparison to normal footfall. All this had an impact on their advertising options.

We were asked if we could move the booked dates to later in the year. After discussions with Global, the media owner, we managed to move the August dates to run mid-October. We also moved the November, December dates to now run in March 2021 to coincide with Easter.

Their first billboard campaign began w/c 19th October and promoted Christmas at Rand Farm Park. The client was delighted with the campaign.

If you want to visit Rand Farm Park then go to www.randfarmpark.com for full details. 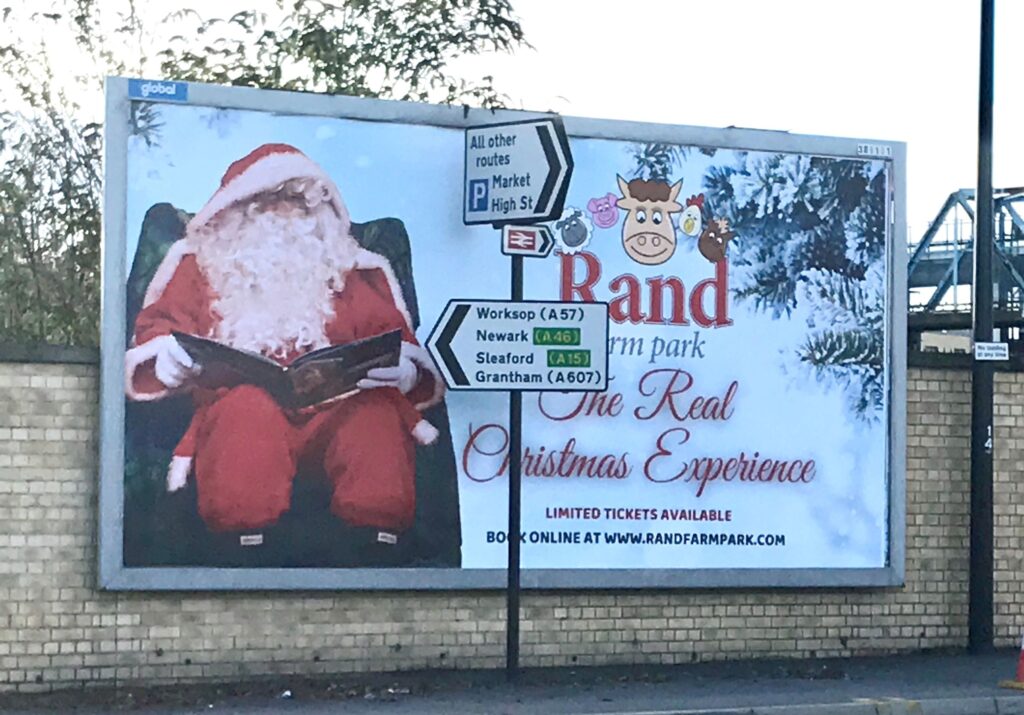