Following on from the COVID-19 billboard promotion, North Lincolnshire Council approached us to run a second, and linked campaign. This was a recruitment campaign for a career in the care industry across North Lincolnshire.

Running under the banner of ‘Proud to Care’, the strong messaging used was designed to directly target local people who want to help others in their local community. The message used phrases such as ‘do you want to make a difference?’ and ‘are you compassionate, committed, caring?’

This was ideally timed to increase the numbers of people employed in an industry that currently has an unprecedentedly high profile.

We looked at several options for the Council. However, with such an important message, we wanted their campaign to be seen by as many people as possible. With this in mind, we chose two complimentary advertising mediums. A large format billboard campaign running alongside a bus campaign.

Billboard and Bus advertising in Scunthorpe

We booked three billboards around Scunthorpe to run on various dates through October, November and December. These were located on:

The bus campaign consisted of a mix of both Lower Rears and Streetliners. The Lower Rears were to specifically target drivers, whilst the Streetliners targeted both drivers and pedestrians. These were booked to run for 8 weeks across November and December.

The purpose of using both these options was to make the Council message as visible as possible to as many people as possible, across the whole of North Lincolnshire. The campaign succeeded in doing this.

If you are interested in a career in the care industry in North Lincolnshire, go to www.proudtocarenorthlincls.co.uk

For more details of Billboard and Bus advertising in Scunthorpe and across North Lincolnshire, contact CG Advertising Ltd TODAY. 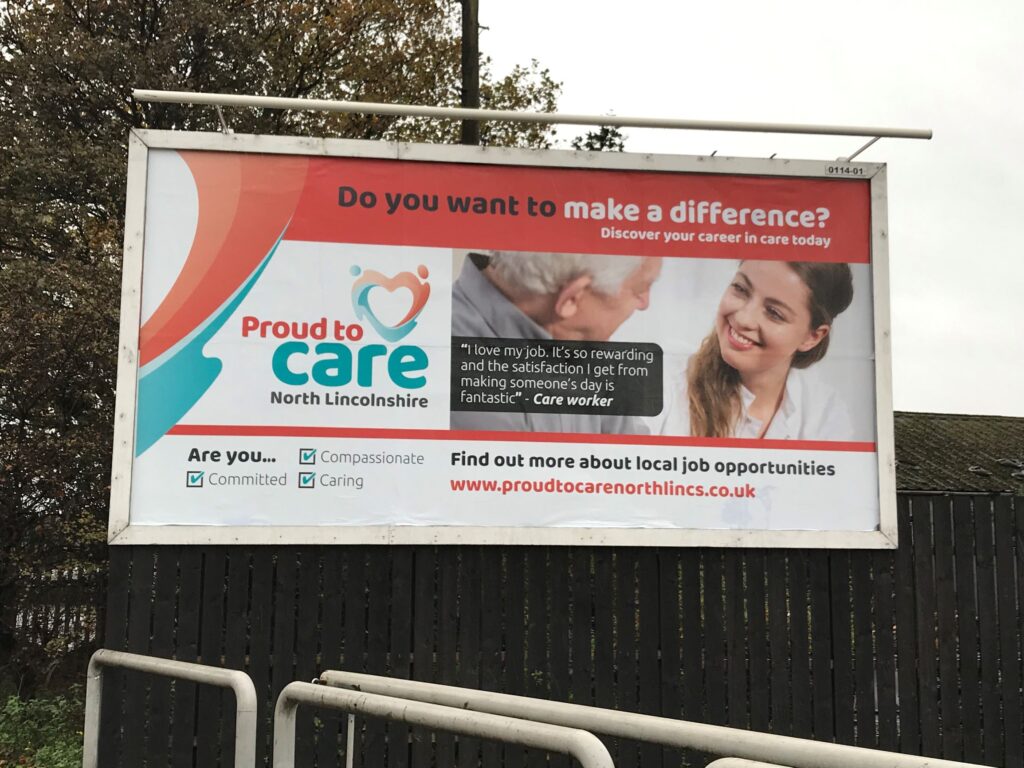 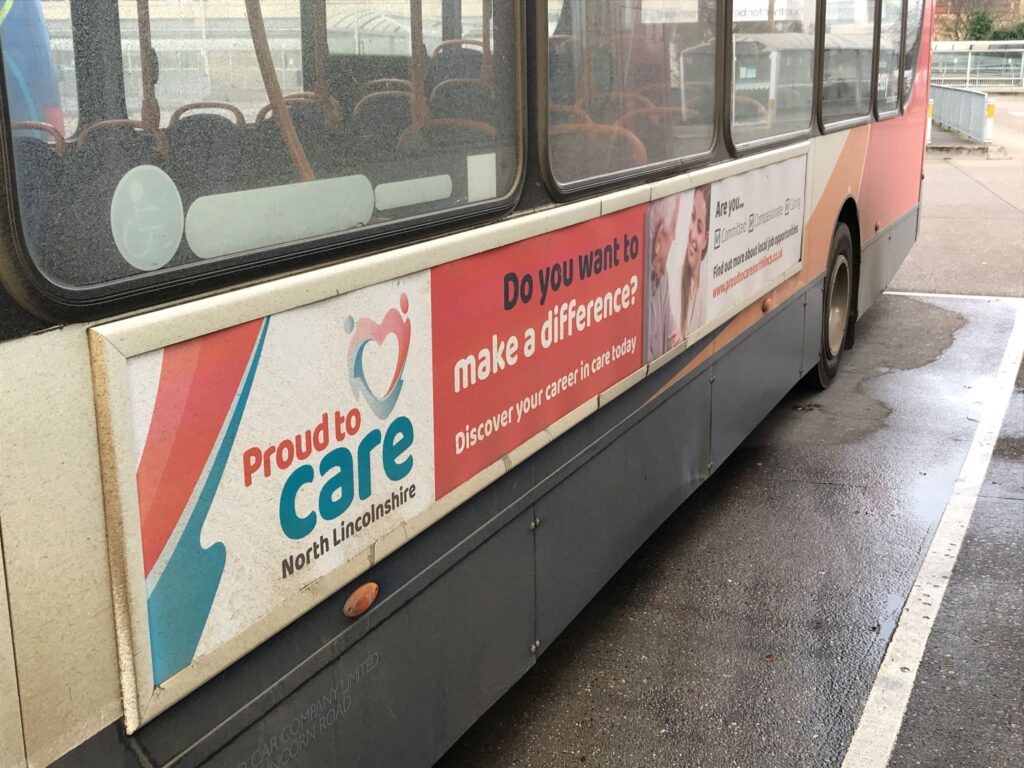