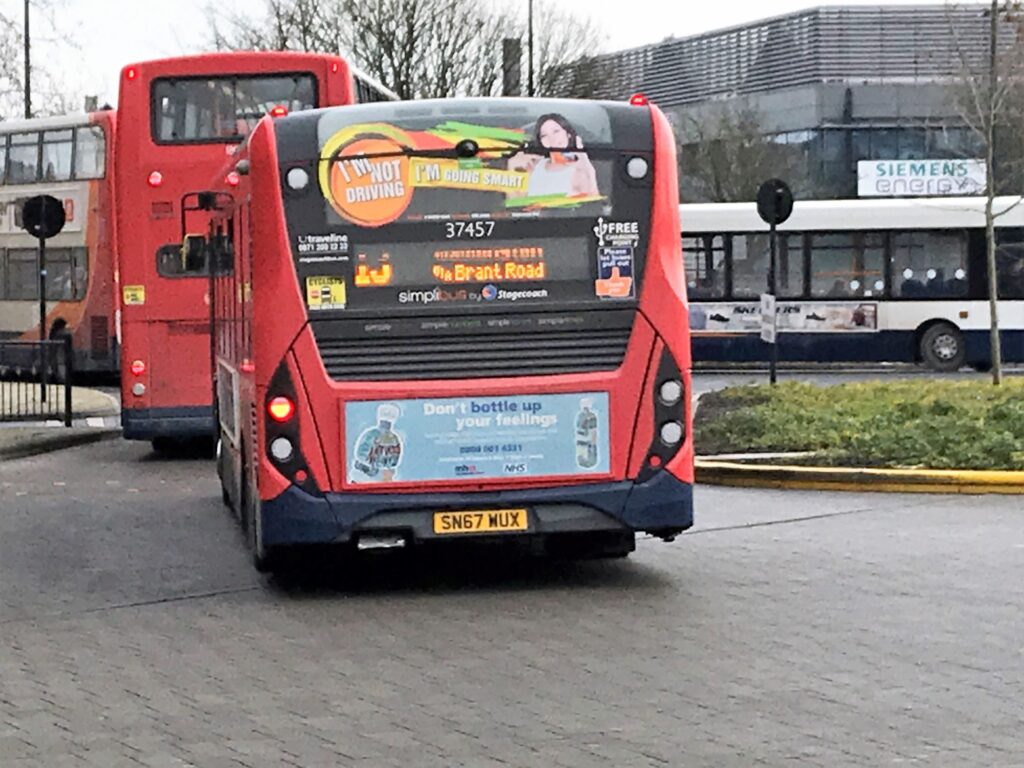 In November 2020, we were approached by Optum, a health services and innovation company who were working on behalf of NHS Lincolnshire. They were looking at booking a bus and billboard advertising campaign to run over Christmas promoting a mental health awareness message.

They needed this campaign to cover as much of Lincolnshire as possible so we looked at bus stations and billboard availability in Lincoln, Gainsborough and Skegness.

Billboard availability in these areas was limited due to the time of year but we knew we could get an excellent campaign on the buses. As such, we decided to just run a bus campaign.

After talking through the nature of the campaign, we decided that a Lower Rear advert would be the most beneficial. The main reason being it would target drivers going to and from work or to the shops. Also, there were the restrictions on the general public being out and about due to COVID-19 which meant there were fewer people than normal walking around the towns and City.

We booked 38 Lower Rears with 21 to run out of Lincoln, 9 out of Gainsborough and 8 out of Skegness. These numbers represented a large percentage of the fleet from each depot so we knew we could get excellent visibility for the message.

Whilst this was being booked, Optum came back and wanted to extend the campaign to run for 8 weeks. We checked the availability and managed to secure the vast majority of the buses already booked, ending up with 34 Lower Rears for the second 4 week run.

The client was extremely happy with the campaign and hope to look at doing something again later in 2021.

For details of bus advertising in Lincoln and across Lincolnshire, contact CG Advertising Ltd TODAY.