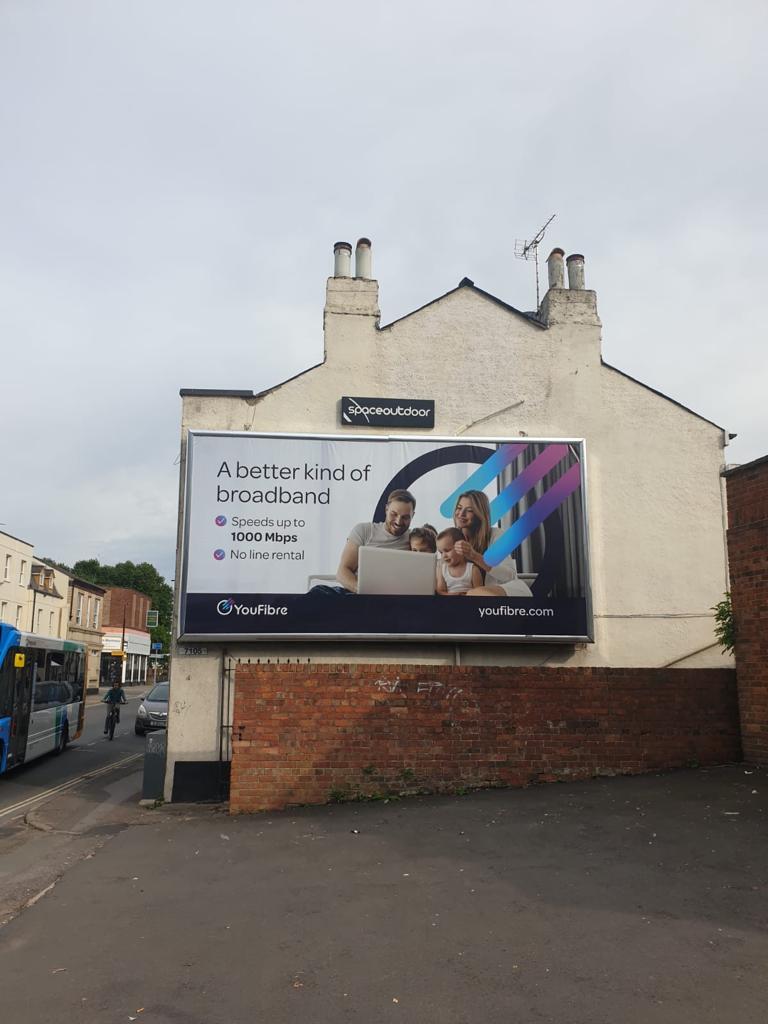 You Fibre are an independent company, established in 2019 who offer ultrafast and reliable broadband to homes across the United Kingdom.

In April 2021 I received an enquiry to discuss outdoor advertising opportunities in the Boston area.

I made contact and had an initial discussion about the different options open to them. During the conversation the brief widened from just Boston to several other towns across England where they were also operating. These included Cheltenham, Barrow in Furness and several towns in the North East.

The brief I was given was to raise the profile of the brand in and around the required towns throughout 2021 and beyond. For towns like Cheltenham and Stockton on Tees, they were already setup and putting fibre into homes. This meant we could start to sell the product in these areas. For others, they were in the initial build period and just starting to put in the necessary infrastructure.  This meant an initial brand awareness campaign before starting a selling message. From my perspective, the media for all towns was going to be the same, it was just the message that needed to alter to suit how developed they were in that town.

I looked at the following options for all towns:

The options put forward for each town differed depending on what was there and what was actually available at the time they wanted it. 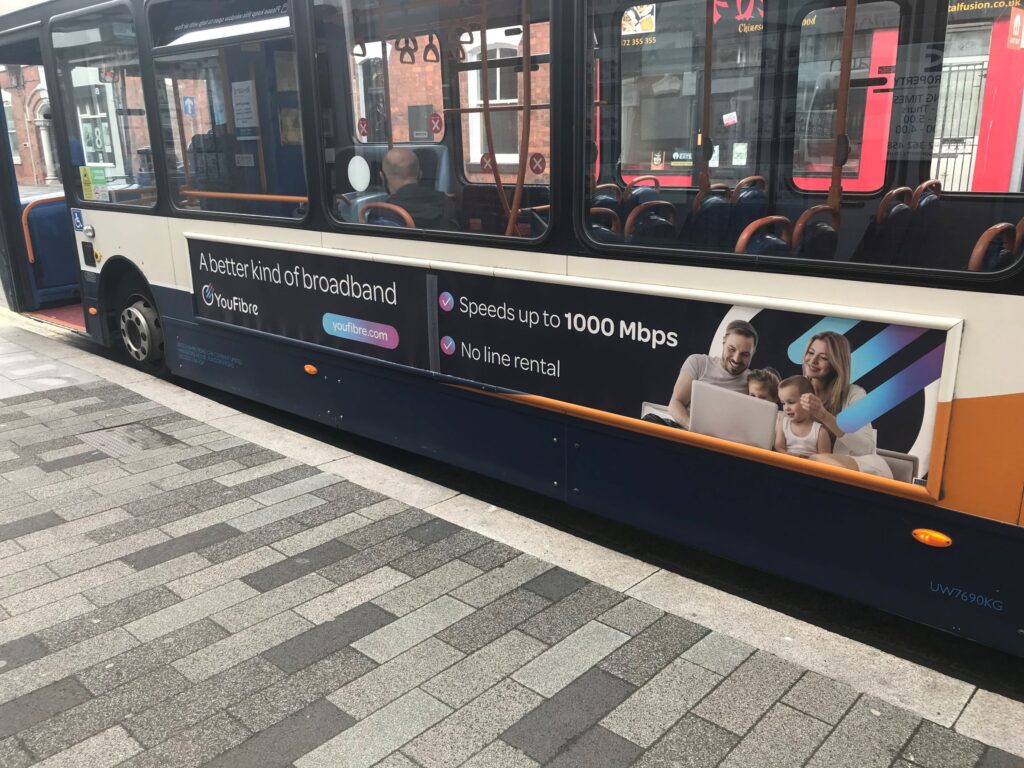 My starting point was bus and billboards for each town as both offer the largest and most consistent visibility. Where other options were available, we also booked these. The individual campaigns for each town was planned so all advertising options ran from June to the end of the year. Options such as bus and digital billboards ran throughout this period, whilst the others were booked as availability allowed. Overall, all the media gave excellent coverage and did exactly what was required. In towns where they were established, enquiries and sales increased and where they were in the build period, the enquiries increased. 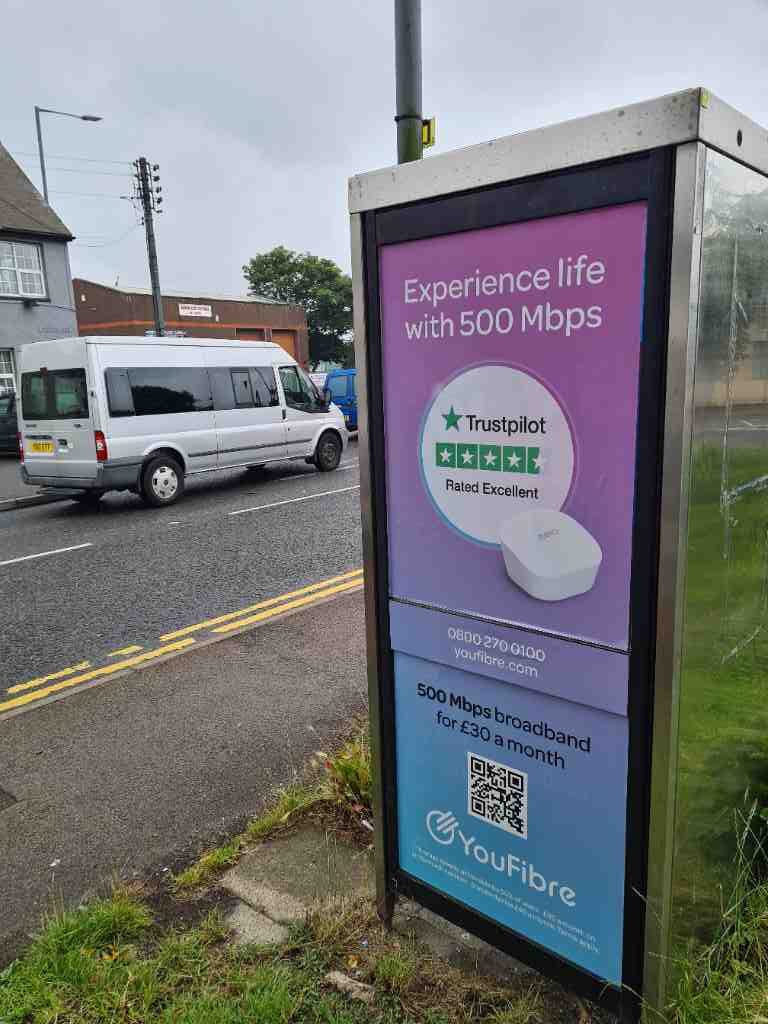 Once the initial campaigns started, I was asked to look at options for new towns they were starting to build in later in the year. These included Canterbury, Ashford and Stroud. Once again, I looked at the same media options with bus and billboard being the most important.

When it became clear that this client was going to be as active as they were, I also suggested they look at SKY Ad Smart TV advertising. We sat down with my contact at SKY who presented this medium.  SKY AdSmart TV Advertising will give them cost-effective advertising in all parts of the United Kingdom. The plan is to include this for the 2022 campaigns which we are currently discussing.

For details of the areas covered by You Fibre visit www.youfibre.com