We were initially contacted by branch manager of the Lincoln and Midlands office of Timberwise in May 2019 but unfortunately the enquiry did not lead to anything. However, in March 2021, they came back to us, and this time it did!

The brief was to cover as much of Lincolnshire as possible with a relatively limited budget. We agreed that bus advertising in Lincolnshire was the best way forward for them. We put forward a campaign of Lower Rears out of both Lincoln and Skegness bus depots which was agreed. We were also aware of a brand new D48 billboard that had recently been launched in Boston and proposed they used this alongside the bus campaign.

Everything was agreed and the campaign started week commencing 12th April.

In the meantime, we were asked to look at a similar campaign for the South West to cover their offices in Exeter and Yeovil as we did for the advertising in Lincolnshire. We sourced availability for depots in both towns and a campaign was then booked to run from week commencing 26th April.

We look forward to a long and fruitful working relationship with them.

Timberwise is the UK’s largest family-run specialist property care and preservation company with 27 locations across the Country. Their services include dealing with dry rot, wet rot, damp proofing and basement waterproofing. They are proud to be a WHICH? Trusted Trader and have over 274 4 and 5 star reviews.

For full details on Timberwise (UK) Ltd, go to www.timberwise.co.uk 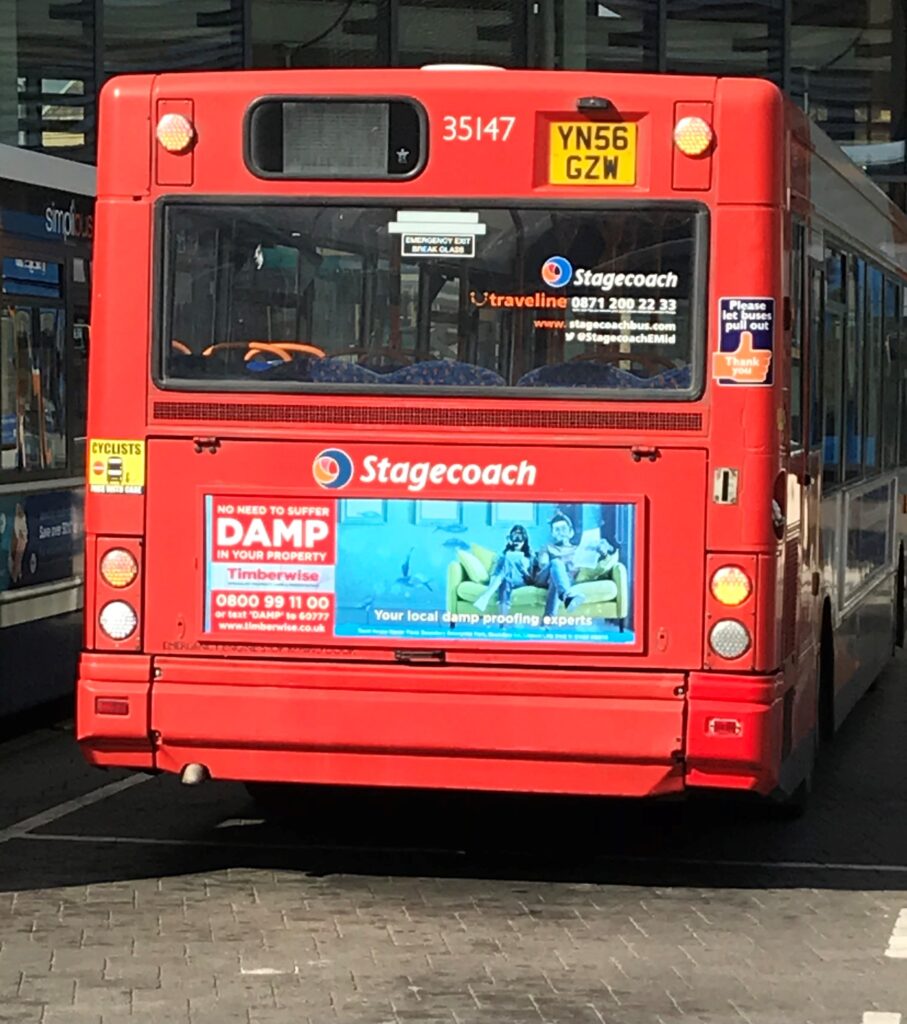